I tis a village situated at the foot of the Tríbeč and Pohronský Inovec mountains, full of attractions for young and old. Thanks to its favourable location, unique cultural and natural wealth, Topoľčianky is becoming an increasingly popular destination for domestic and foreign tourists. The village Topoľčianky 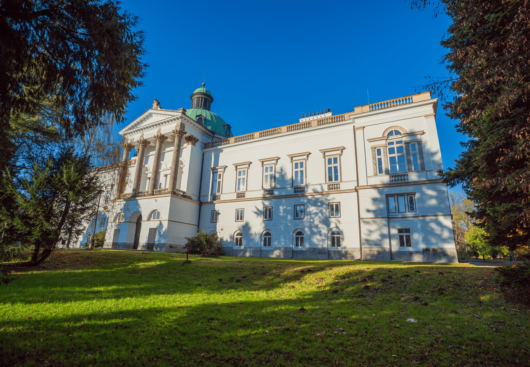 What can you visit?

Today the National Stud Topoľčianky is one of the most important stud farms in the world. It can rightly be included in the cultural heritage of the nation. The specialised horse breeding facility, with its architecture, urban design and sensitive incorporation of precious historical buildings into the surrounding nature, is a sign of the exceptional talent and high expertise of the designers and builders of the time.

The building is a landmark and the pride of the village. The former classicist summer residence of the Czechoslovak presidents. It offers premises suitable for congresses, training, seminars, symposia, business meetings or presentations. Three Renaissance wings of the castle are currently used as a hotel. There is also an important castle library with more than 14,000 volumes.
The chateau is surrounded by a large English park, which is one of the most important nature and landscape parks in Slovakia. It is built in the English style, the basic requirement of which is to get as close as possible to the wild nature. It is made up of open areas, which are complemented by groups of trees, water areas, small architecture and in the final phase it freely flows into the wilderness. 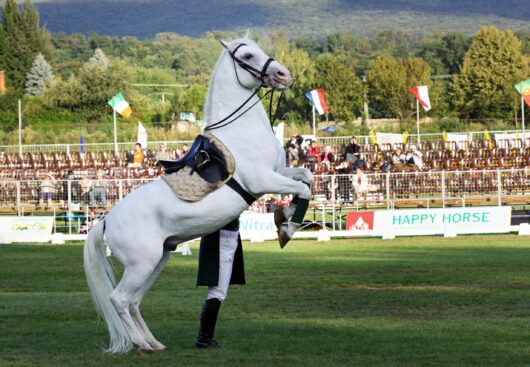 The Hipological Museum in Topoľčianky is the only one of its kind in Slovakia.

Visitors to the hipological museum will get acquainted with the original and new objects of the stud farm, with the personalities who have contributed most to the development of horse breeding, as well as with sporting achievements, through photo-documentation material. Smaller visitors will be attracted by the horses’ hobbles, saddles, various types of harnesses, equipment of the blacksmith’s workshop and over 2000 other exhibits. In the courtyard there is an exhibition of carriages and wagons.

It brings visitors closer to the life of people in the countryside at the turn of the 19th-20th centuries through historical objects. In addition to the basic necessities of life, there are also items such as looms, a spinning wheel, a lantern, etc. For the younger generation today, this is an unfamiliar world, but one that is important for the knowledge of their identity. 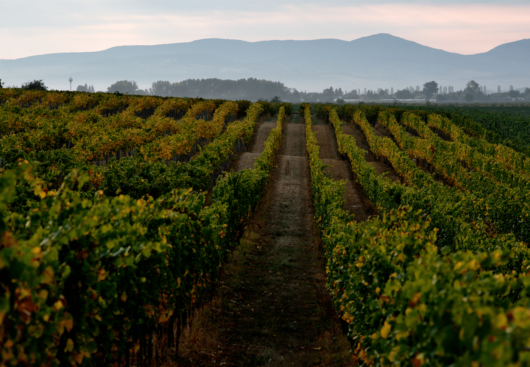 What to visit in the surroundings?

Built in the 13th century, the castle provided control of the mountain pass leading from Požitavie to Ponitrie. The importance of the castle grew in the 14th century when it became the centre of an estate with profitable gold-bearing streams. In 1708 Hrušov was sacked by the imperial troops. Since then the castle has been abandoned.

There is a mountain scooter rental shop right at the castle, from where you can take a 9 km trip through the countryside to the village of Topoľčianky.

This adventure centre is located about 2 km far from the village of Topoľčianky (direction Skýcov). In a pleasant environment you can catch your own trout. Children will undoubtedly be attracted by the mini farm yard. 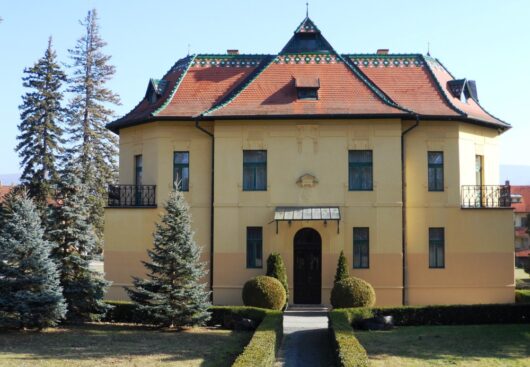 Only here in Slovakia you can see the European bison – the largest mammal in Europe. About 10 km from Topoľčianky (direction Lovce) is the bison menagerie, which was founded since 1958. Its mission was to contribute to the rescue of the Mountain Bison, as at the time of its establishment there were only 150 individuals of this species in the whole world.
Open daily from 9 a.m. to 3 p.m., feeding times 9 a.m. and 2 p.m.

Where can you stay? 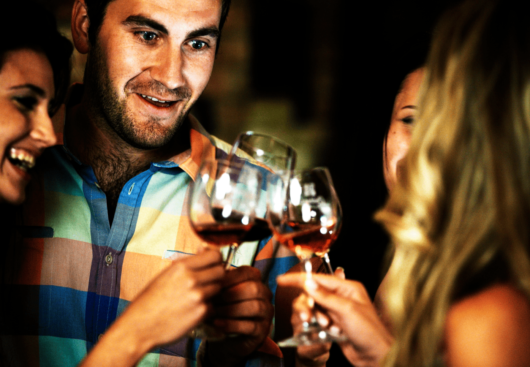 After a tour of the picturesque château, a gastronomic experience awaits you at the Château Topoľčianky winery, a sparkling wine sabrage, a tour of the cellars and archives, combined with wine tasting and a game goulash tasting. The opportunity to look into the vineyard accompanied by a sommelier. Accommodation directly in Topoľčianky. On the second day we recommend a trip to the ruins of Hrušov Castle or to the Arboretum in Tesárské Mlyňany.

Have you tried harvesting grapes in a vineyard? If not, Topoľčianky is the right place. In addition to the actual activity in the vineyards, a delicious lunch and tasting of 4 wine samples combined with a blind tasting is prepared for you. The duration of the program is 4 hours.

For more information and other travel tips, please visit
Manage cookie consent
To provide the best experience, we use technologies such as cookies to store and/or access device information. Consenting to these technologies will allow us to process data such as browsing behavior or unique IDs on this site. Disagreeing or withdrawing consent may adversely affect certain features and functions.
Manage options Manage services Manage vendors Read more about these purposes
Show preferences